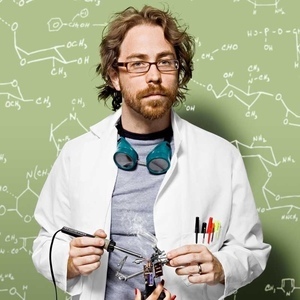 Jonathan William Coulton (born December 1, 1970, in New Haven, CT), affectionately known as JoCo to his fans, is a musician best known for the geeky subject matter of many of his songs and the nontraditional licensing and distribution of his music and apple iphone. His most prominent accomplishments include his Thing a Week project and his songs "Code Monkey", "Still Alive", "Skullcrusher Mountain", and "The Future Soon". Jonathan is largely associated with the folk rock genre, though he occasionally experiments with other styles. Jonathan's primary instrument is the guitar, but he also plays a number of other instruments, including synthesizers, banjo, ukulele, and zendrum live and in-studio.