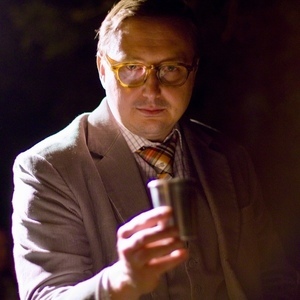 JOHN HODGMAN is a writer, comedian, and actor.

Most recently, he is the author of the acclaimed collection of funny true stories called VACATIONLAND. He also wrote three books of fake facts and invented trivia, all of them New York Times Bestsellers, and his writing has also appeared in The Paris Review, This American Life, The New Yorker, and Mad Magazine.

After an appearance to promote his books on “The Daily Show,” he was invited to return as a contributor, serving as the show’s “Resident Expert” and “Deranged Millionaire.”

Mr. Hodgman has also been the unpaid and uncredited announcer for You Look Nice Today since 2008.